John finally stroked Ghost, now season eight is officially forgiven. But seriously, the biggest show on the planet has come to an end. Certainly not in perfect shape, but still, the merits of Daenerys, Jon, and the other guys are too strong in our hearts. So the ending of the main event of the year is definitely worth discussing.

What was Daenerys thinking before she died? What game was Bran playing? And most importantly, what happens next? We’ll try to answer, and you try to formulate your impressions of the finale in the comments, because it’s kind of hard for us to do. On the one hand, the final series was definitely almost the best in history, but on the other hand, there are too many small flaws in it.

To summarize, in a nutshell, we have the simple truth – the Starks rule the continent, Jon is king behind the wall, Sansa is queen of the North, and Bran is king of the six remaining kingdoms. And the cherry on the cake is Arya in the person of Christopher Columbus, who plans to explore even more lands to join his brother’s kingdoms. 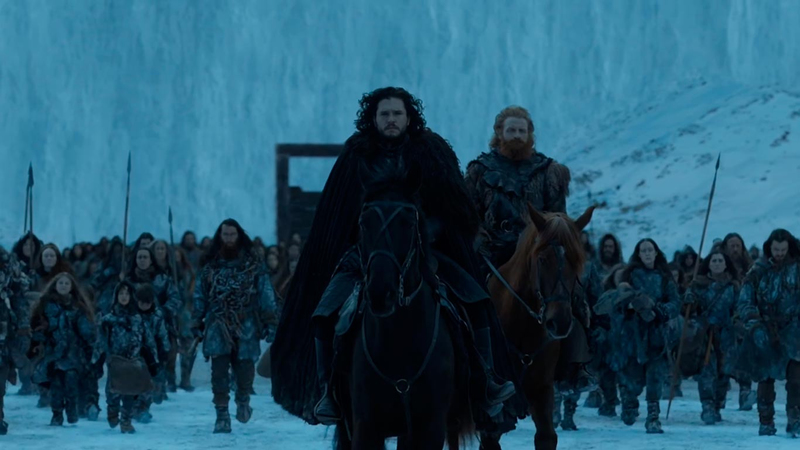 And to elaborate, there are at least a couple of incomprehensible moments in Jon’s fate. Let’s say he admitted to the Unsullied himself that he killed Daenerys, because Drogon took her body with him. Let’s say the Night King didn’t destroy the wall the season before, and it stands as good as new again. But why did Snow leave the Night’s Watch? You can clearly see that he joins the Wildlings and goes beyond the wall with them. Which means he is not the thousandth Commander of the Watch, but the second King beyond the wall.

Many fans are left bewildered because there are no more White Walkers, which means there is nothing to protect Westeros from. But here it is worth remembering the Night’s Watch is not so much a real watch, but a mini-prison. Those who have committed crimes are sent here. And if you draw an analogy, the guys on the wall are Australia, where the British exiled about 200,000 people. But then again, John went over the wall and, it turns out, broke the will of the Grey Worm and the king’s orders. 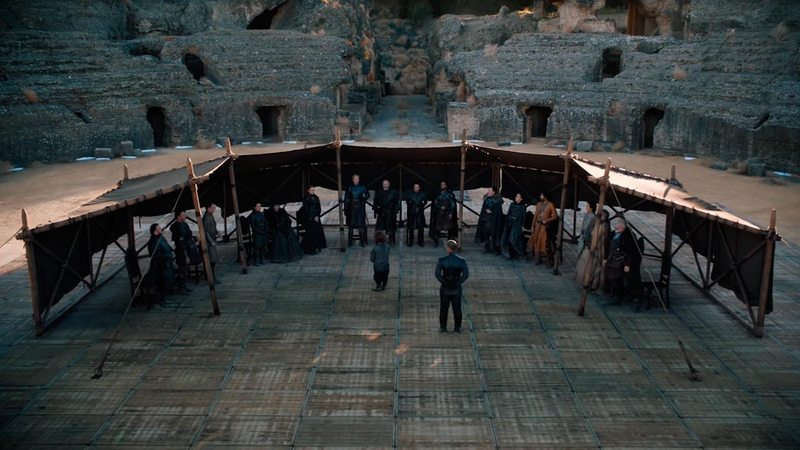 Here we are faced with an inconsistency with past seasons. We were clearly told that the Night’s Watch was ruled by the North. Sansa won Bran’s independence, and now it is a separate state, which means the girl could have easily undone the punishment imposed by the king on her half-brother. But she did not, becoming queen of the North in his place. 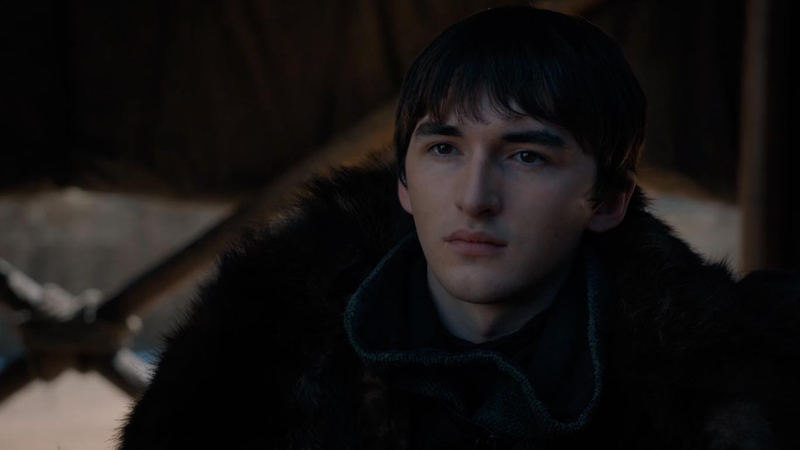 Bran Stark is a Three-Eyed Raven, and this piquant fact breaks Tyrion’s slim words that kings will now be chosen. Not in the next hundred years, my friend, for ravens live far longer than ordinary humans. And Bran will rule for a very long time. We haven’t seen a single demonstration of his abilities, but the description is enough to declare that Bran is an even bigger killer than Daenerys and Cersei. After all, he foresaw all the sacrifices that await Westeros in the future, but he didn’t lift a finger to save anyone.

Stark does, however, have a modicum of ability. He hints that he can communicate with a surviving dragon. All season long we’ve been waiting for Bran to demonstrate abilities and warg and control the dragon. It didn’t work out, but at least we got a hint of that outcome. Unfortunately, here again it’s worth noting the disgusting script. When Tyrion asks Branan if he wants to be king, he makes it clear that he does. Then a minute later he declares that he didn’t want to be. Oh not for nothing did the petition to reshoot the season with the other writers go over a million signatures. 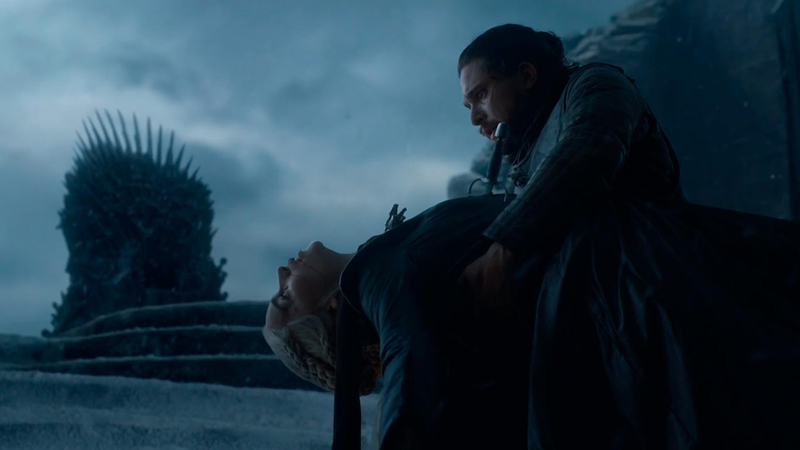 Let’s talk about the most painful topic: Daenerys Targaryen. Emilia Clarke, in her touching farewell to fans on Instagram, did not mention her madness in one word. On the contrary, the girl describes how attached she is to the heroine and definitely does not share her fate. Emilia is understandable, because for several seasons in a row, Jon couldn’t kill his beloved feral Ingritt, even knowing that she was slaughtering Northerners right to left like pigs. Later, Snow couldn’t kill an innocent old man and the minute before Daney was killed, he was talking about how people should be forgiven. Not the most logical death, even though it’s filmed just fine.

Unfortunately for Emilia, it would be silly to blame only the scriptwriters for her character’s death, because George Martin himself gave us the ending, which means that at least the final fate of all the characters is exactly the same as in the book. The only trouble is that Mirthin would definitely have led us to Daenerys’ madness on three hundred pages, not by ringing bells. And anyway, in this series, Dany showed no signs of going crazy. On the contrary, her face magically became normal again, and the girl was happy. And at the moment of her death she was more like herself from the first seasons. It’s doubtful that she would agree with John, but at least Daney had been queen, which means she walked out of life happy. 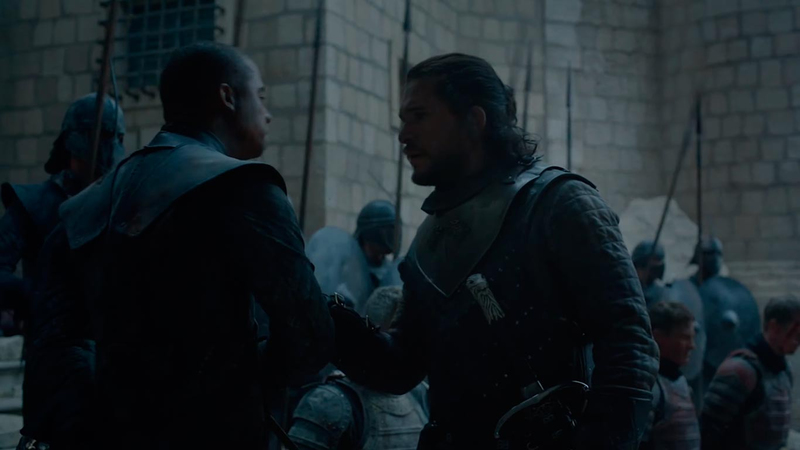 It’s sad that Unsullied ended up not caring about his queen. This is perhaps the most illogical detail of the series, for by the logic of past seasons the Grey Worm should have killed Jon on the spot. As a resident of another continent, he doesn’t care about the laws and customs of Westeros. And how the Grey Worm listened to Tyrion and the new king raises questions. But the scenes are really well shot, so let’s not talk about the bad.

Let’s talk about the fact that Daenerys’ affair lives on, and the slave traders of the entire world continue to die at the hands of the Unsullied, who by the logic of the series after the many battles should have been a couple thousand. But by the logic of the writers, there are tens of thousands of them again. Perhaps the Dothraki, whose fate was never shown, will help the lads in this matter. But, judging by the footage, after the battle with the King of the Night, they also resurrected, and maybe sail to establish democracy with the Unsullied. 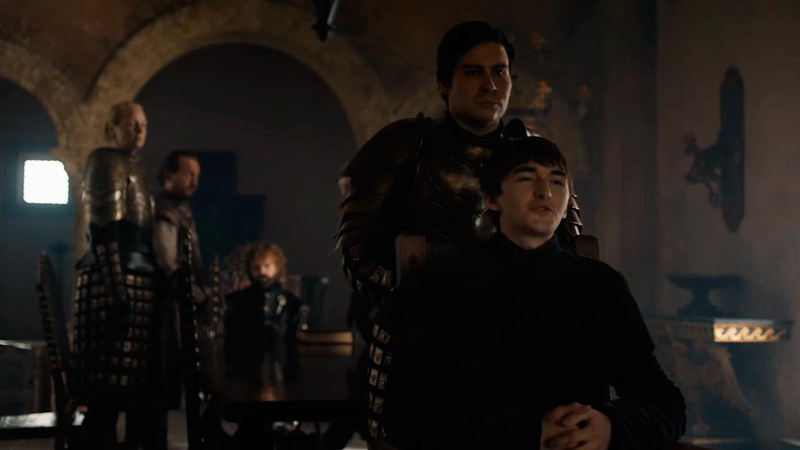 Well, Westeros will be ruled by Bran Stark and his new Council. Tyrion did fulfill his promise and gave Bronn Highgarden and the position of Master of Coin as a bonus. It is impossible to find a worse candidate, for Bronn has proven to be the most greedy character in the entire series. Let us hope that this will change once he has the castle. 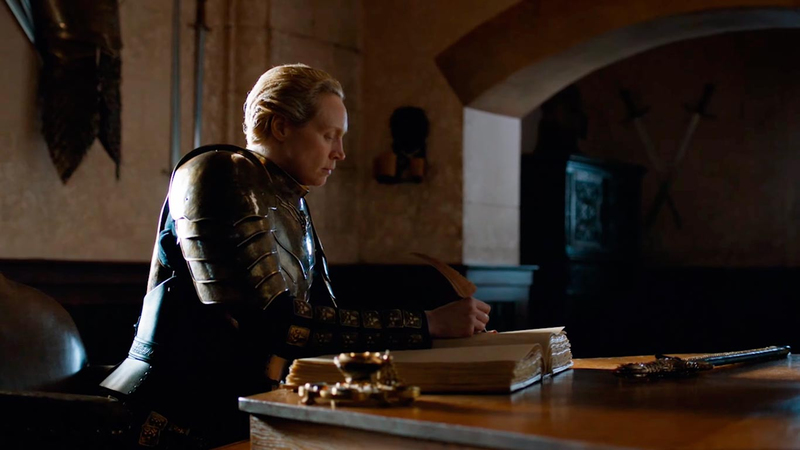 As for the rest, it’s worth noting how movingly Brienne put Jaime’s story into the book about the Lord Commanders. He noted that he fought at Winterfell as a hero and died defending his queen. Now Brienne is Lord Commander of King’s Landing herself and will work with Podrick to protect Bran from everything. For a second, this position forbids heirs, which means the House of Tarth has none yet. Brienne was in charge, and her still-living papa will have to work hard to change things.

Well, Sam Tarly doesn’t care about his house, the last man left. The guy made himself a maester, helped write the book by implementing a fan theory, and even tried to implement a vote in Westeros. He got everything he wanted, and he must be happy. So is the old Onion Knight, who told so much crap it’s scary to think about. 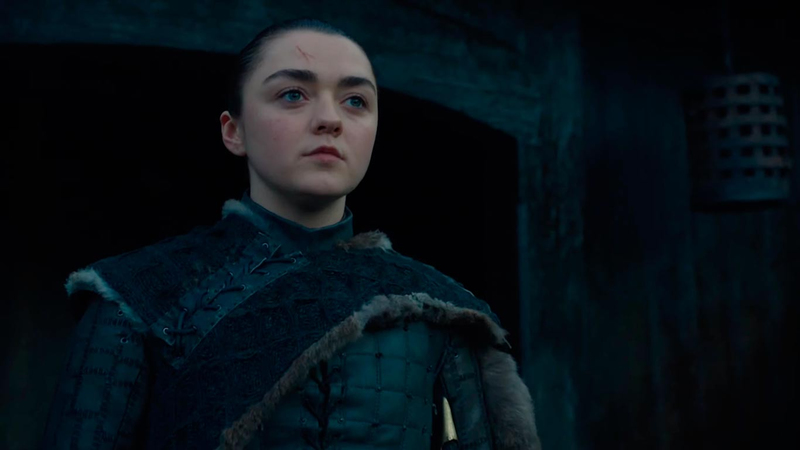 So does Arya, who is going on a journey to new lands. Apparently the concussion knocked out her memory, as the girl told Jon that the Stark survivors needed to stick together. And as soon as she could, she fled.

But that’s not what we want to talk about now, or even the fact that it snowed right after the battle in King’s Landing as if by order, or the fact that Jaime and Cersei appeared to have died within a meter of a safe space that wasn’t stoned. Anyway, we saw the ending of the coolest series ever. 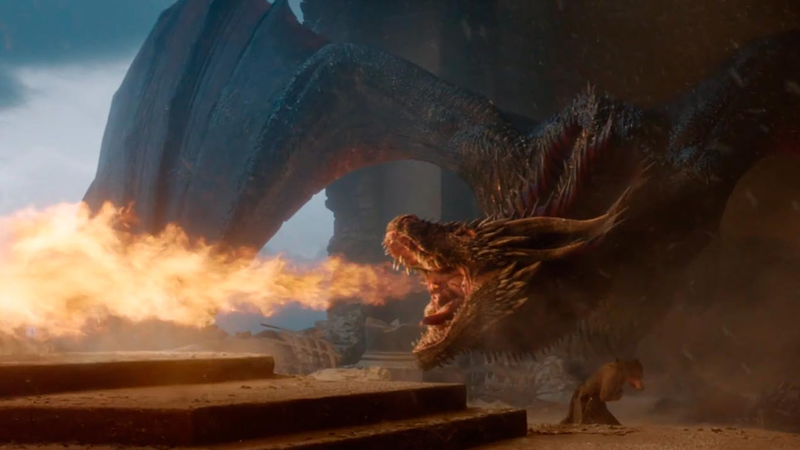 It all started with Ned Stark and the distant first season, and now the story is over. You’ve got to hand it to the incredible cast of characters who have worked their butts off and bonded with the characters. Remember the guys behind the camera who did a powerful job from start to finish. Marvel at the cosmic soundtracks that give you goosebumps even on the tips of your hair. And, of course, say goodbye to Daenerys Stormborn. I don’t care what the writers did to her – Emilia Clarke and her Mother of Dragons will forever remain in our hearts as the fairest and strongest women.