A well-crafted soundtrack that stays with us long after the end credits is an art in its own right. We remembered movies that are not only pleasant to watch, but also to listen to.

Everyone knows the legendary song Stayin’ Alive, perhaps the epitome of the disco era. But not everyone knows that the song was recorded specifically for the movie Saturday Night Fever: a young John Travolta luxuriously danced to it and a number of other Bee Gees Brothers compositions. The soundtrack, recorded and produced by the musical trio themselves, stayed on top of the Billboard chart for half a year, went platinum 15 times in the USA and won a Grammy Award as Album of the Year. Anyway, I bet after this movie you’ll get addicted to disco, sign up for dancing and start looking for where to buy plaid pants. 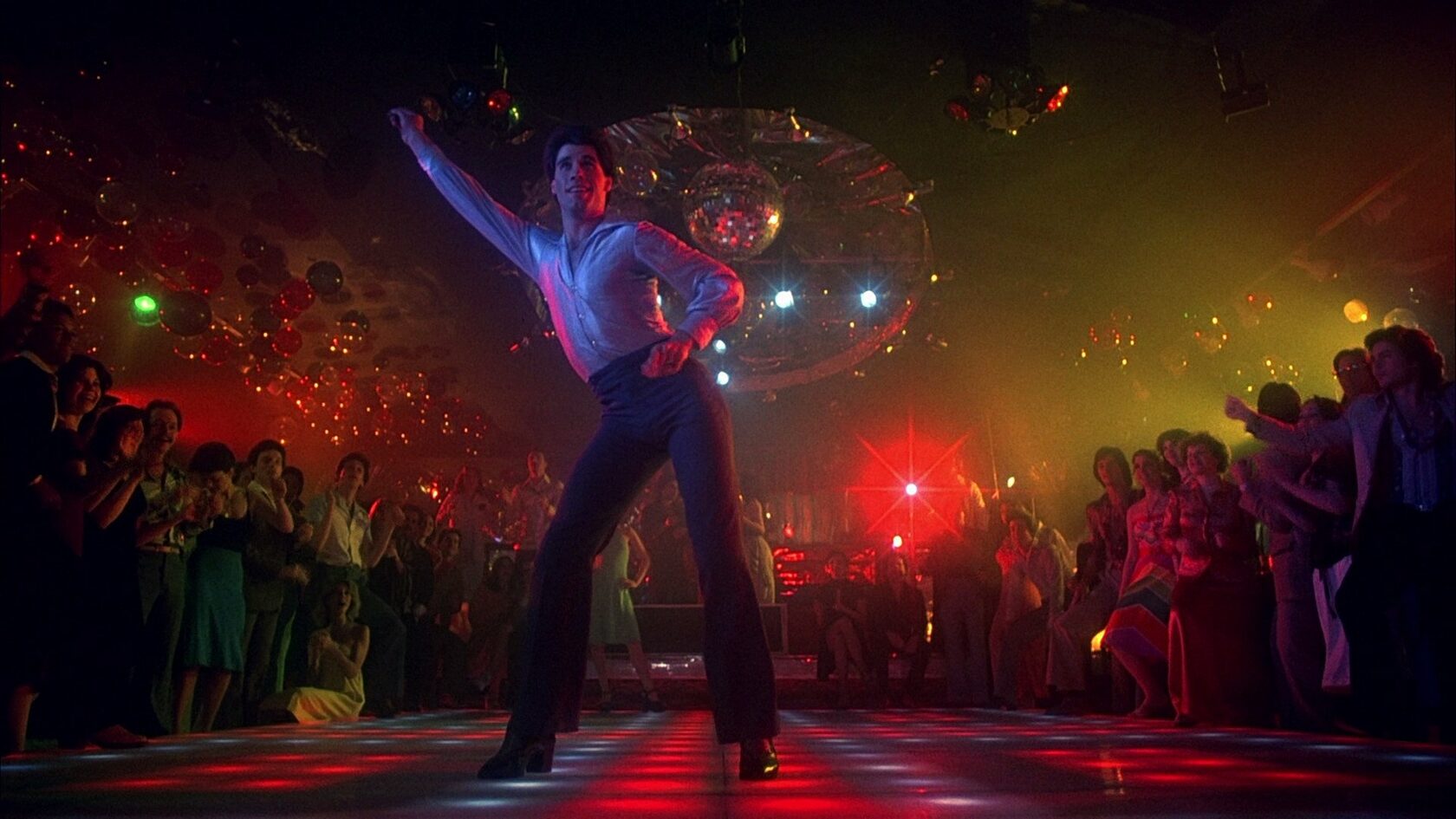 A movie-sama music, loosely telling the biography of musician and singer Prince, starring him. In 2007, Vanity Fair magazine voted the film’s musical accompaniment the best soundtrack of all time, while also noting that the picture is memorable and almost the worst acting. The author of the soundtrack was Prince himself, and he also released it on a separate record.

“The soundtrack for this film is a flawless combination of funk, R&B, pop, metal and psychedelia, accurately reflecting the sound palette of the eighties,” Vanity Fair noted. We’ll add that after watching it, not only will you want to listen to certain songs over and over again, but also to wear the jabots, purple jackets, and sequins that Prince adored so much. 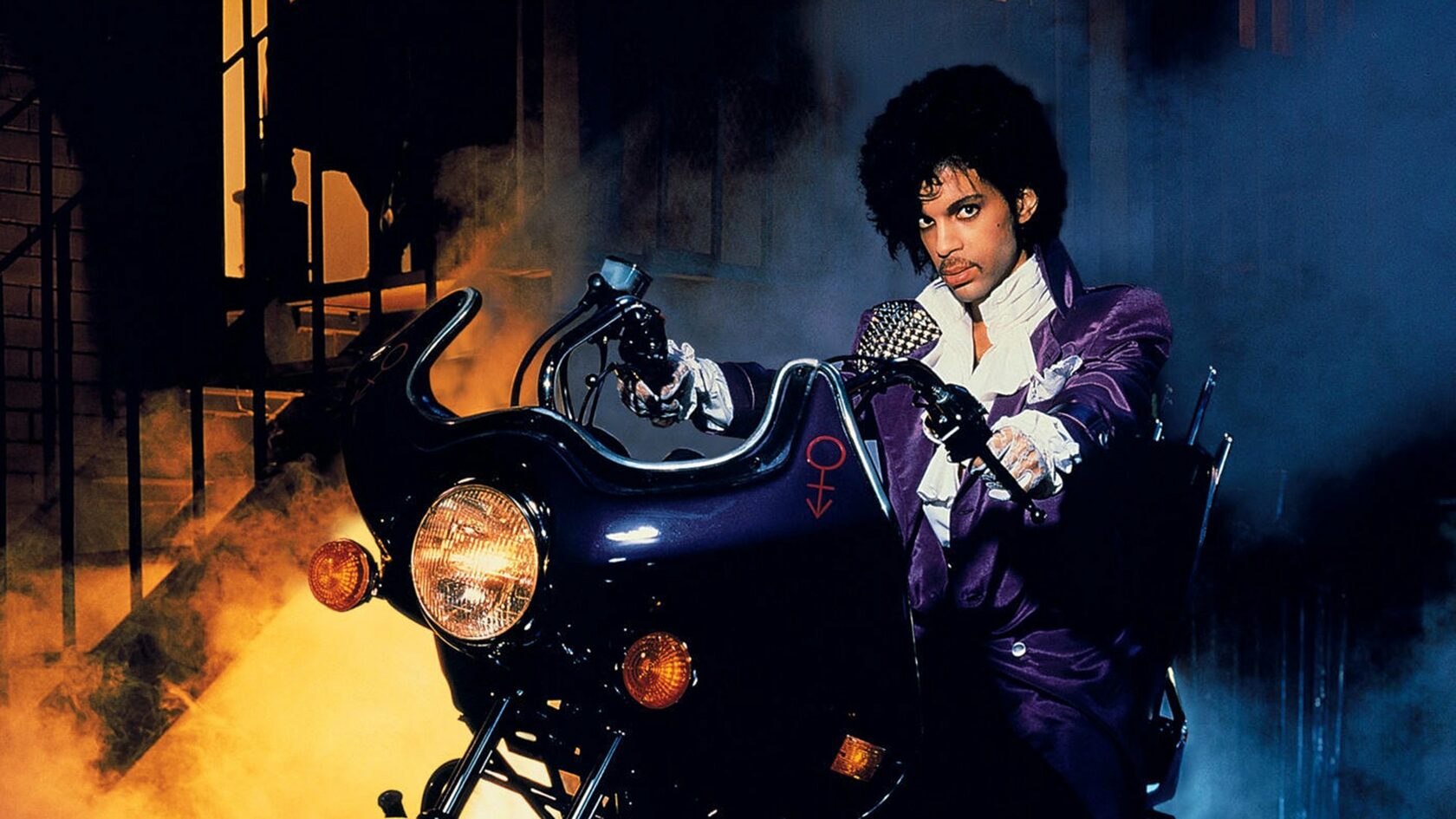 We have already written that Scorsese is a huge music fan and connoisseur with impeccable taste. The soundtracks of his films testify to this. In Goodfellas, for instance, you can hear a whole trove of great tracks that cover two decades chronologically: the 1950s and the 1960s, in which the action of the film unfolds. In particular, compositions by The Rolling Stones, Mick Jagger, Sid Vicious and female bands like The Crystals and The Shangri-Las contrast wonderfully with the toxic masculinity of the characters. In general, every track in Goodfellas stands on its own – the lyrics somehow comment on a scene or describe a character. Sometimes for the same purpose, the tracks are wedged in between the lines of dialogue. 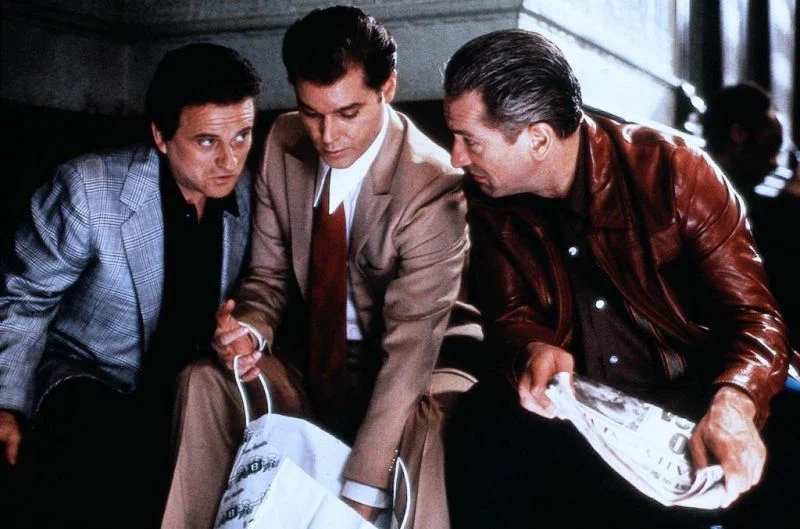 “One of the things I do when I start working on a film (writing a screenplay or considering an idea) is to look through my record collection and just listen to the songs, trying to find the personality of the film, find its spirit,” Tarantino wrote in the booklet for The Tarantino Connection, a collection of songs from his films.

The music in Quentin’s works is a plot forming element, a full-fledged hero, a pledge of color, for which many people adore the director. Thanks to Tarantino, many songs get a second life, gaining popularity with the general public, and fragments of his films become new clips for forgotten artists. One of the most outstanding in terms of music is considered his picture “Pulp Fiction. Just look at Never Can Tell by Chuck Berry with Uma Thurman and John Travolta dancing to it, or Girl, You’ll Be a Woman Soon by Urge Overkill, which is associated with another dance scene with Uma. All in all, fourth place on Vanity Fair’s list of the best soundtracks of all time speaks for itself. 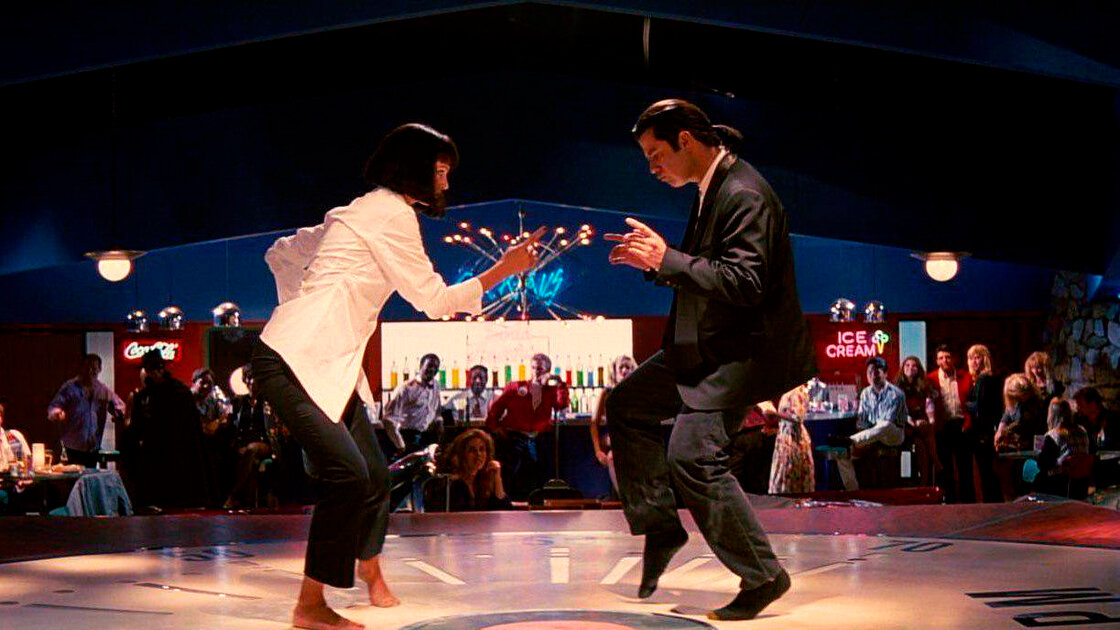 A young Leonardo DiCaprio is by no means the only thing worth watching in this reimagined Shakespearean gangster story. The soundtrack, which fully conveys the spirit of the 1990s, also deserves attention here. Just look at Exit Music (for a film), composed by Radiohead at Baz Luhrmann’s request especially for the credits, or the remix of Crush #1 by Garbage that stayed at number one on the Billboard Alternative Airplay chart for a month. 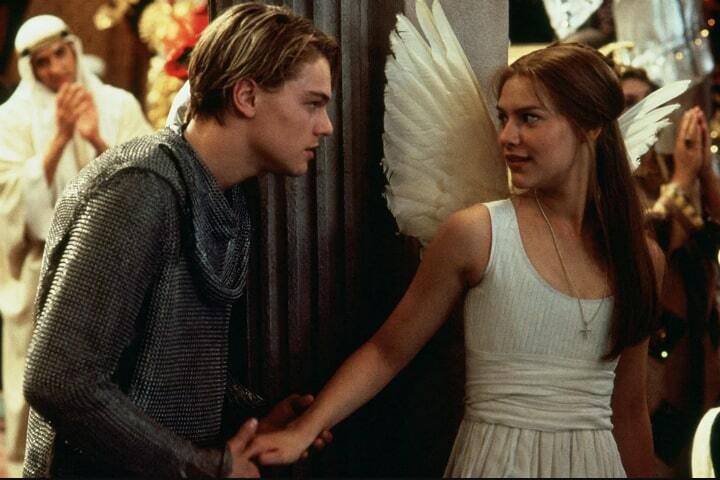 The film’s director, Cameron Crowe, knew where to aim for the Grammy Award for Best Soundtrack: he’d been writing music reviews since he was 13 and, in his youth, was an assistant editor at Rolling Stone magazine. During his time at the publication, Crowe managed to interview Bob Dylan, David Bowie, the band Led Zeppelin, and whoever else. In 2000, he reimagined his experience in a semi-autobiographical film about a young music journalist who goes on tour with the fictional band Stillwater on an editorial assignment.

“Almost Famous” is not only a personal story, but also Crowe’s love letter to 1970s music. It features the aforementioned Bowie with Led Zeppelin and Elton John, as well as original songs composed for Stillwater. They were composed by none other than the director himself, along with his wife Nancy Wilson, the ex-guitarist of Heart.

“Close to a masterpiece soundtrack,” was how film critic Anton Dolin described the musical part of the film. The Coen Brothers, musician T-Bone Burnett and the cast of the series (from Oscar Isaacs to Justin Timberlake to Adam Driver) were responsible for the music in the film, all performed by themselves. Since the film takes place in 1960s New York City, the soundtrack features folk music, which was at its peak of popularity at the time. With the exception of two tracks (Bob Dylan’s Farewell and Dave Van Ronk’s Green, Green Rocky Road), all the tracks were recorded specifically for the film. 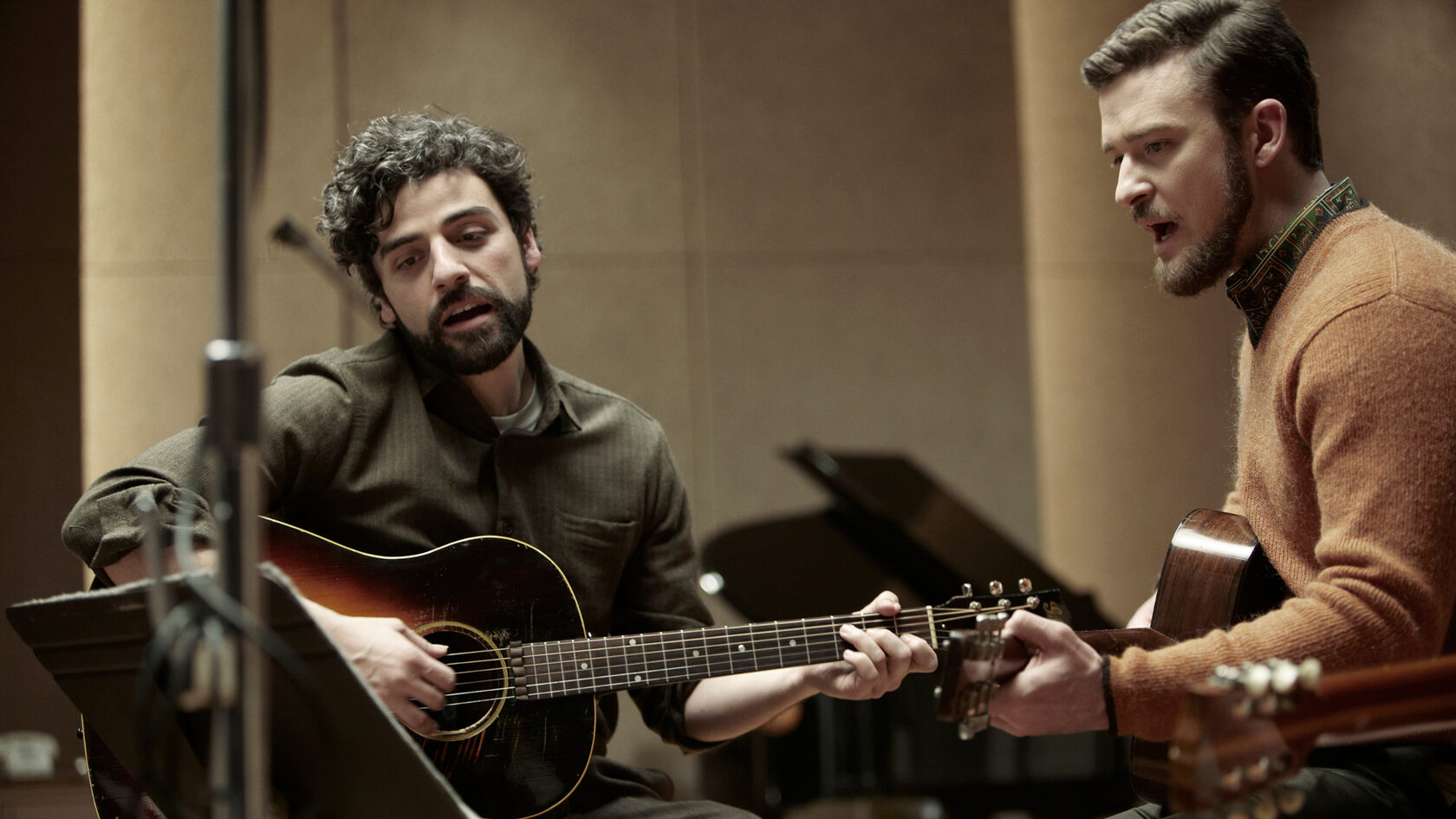 The hype surrounding the movie comic about the character of the same name has subsided somewhat, but its soundtrack has firmly made its place in history. It has grown into a full-fledged independent project, the album Black Panther: The Album, which Kendrick Lamar – the most critically acclaimed rapper of our time – recorded under the influence of the movie. Only 3 of the 14 tracks from the album can be heard in the film itself, but it is the album that inspired the rapper to record a record raising social problems of our time (mostly, of course, concerning black people) and at the same time confirming the Coogler film’s status of a political statement. 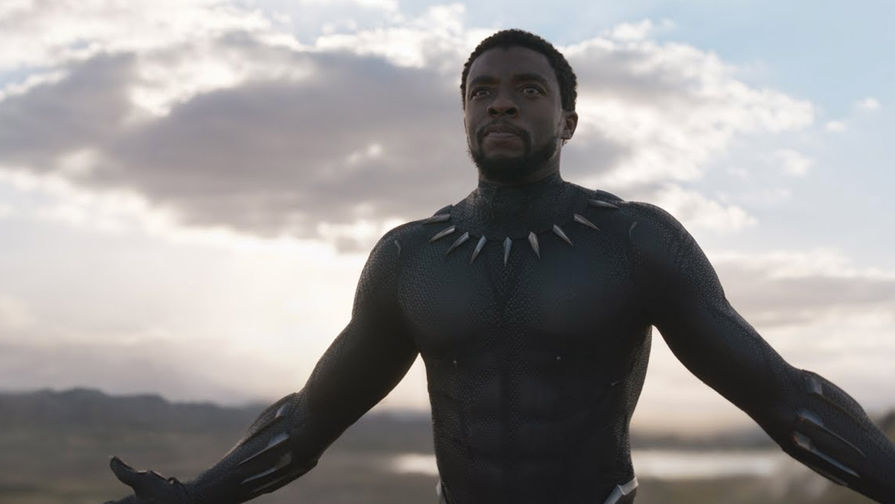